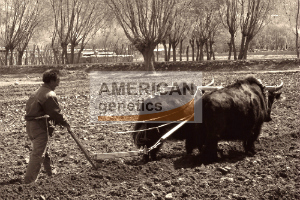 In 2003, at the age of 29, Paul Zouliamis, our CEO, having completed his studies in classic genetics returned from the U.S.A. and decided to establish American genetics jointly with his employers to maintain and improve the company's genetic material in an environment free of genetic modifications.  Two years later, in 2005, American genetics, which was in charge of maintenance of the inbred lines, began production of corn seed in Italy, and in 2008 began its own, independent, program of genetic improvement in Italy, and since 2011 in Greece. In 2010 a research center was created in Uruguay, which, because of its location in the southern hemisphere, allows the company to research and evaluate 2 growing seasons within the 12-month year.  The next major milestone for the company will be later in 2014 when production of hybrid-seed begins in Turkey.

HOME / ABOUT US / HISTORICAL OVERVIEW
WRITE SOMETHING